As a moving company in El Dorado Hills, weâ€™ve heard our fair share of strange moving stories. Whether itâ€™s a doll collection in the attic or a basement filled with old science equipment, itâ€™s not all so uncommon for past owners to leave a few things behind when they leave. Here we want to share some of the top weirdest things found when moving EVER. We scoured the internet for interesting stories and couldnâ€™t believe some of the things we found. Some were lucky finds, others not-so lucky, and some were just straight-up bizarre, but here are some of our favorites.

When we say â€œrazor blades,â€ weâ€™re not just talking two or three. People across the United States have found piles and piles of razor blades in walls and other nooks and crannies. Sounds odd, but thereâ€™s actually a pretty interesting explanation. In the early and mid- 20th century, some houses had little slots in their medicine cabinets or on their bathroom walls where they could put their old razor blades when they were too dull to use anymore. These razor blades ended up in between walls and in other small spaces and were left to be found by new homeowners.

A lot of people love a good game of monopoly, but this man got more than he bargained for when they pulled up the old rug in his new home. A lot of people take up their old carpets and hope that beautiful hardwood is hiding underneath. In this case, the hardwood was there, but it was painted with a giant monopoly board. From the â€œGoâ€ square to the jail, the board was pretty realistic for its size.

This one is not as weird as it is lucky. If you ever moved as a little kid, you probably wished you could find a buried time capsule in the backyard or some treasure under a floorboard. Well, for some new homeowners, this was their reality. One reddit user said they found $14,000 hidden behind the toilet and this guy claims to have found $312,000. Not too shabby if you ask us.

When Charlotte Morrison was redecorating her new home she came across an interesting note behind her wallpaper. The note was over two decades old and it read, â€œIf you ever need to wallpaper this room again, it will take eight rolls of wallpaper. I bought just six rolls at Â£17 per roll. I didnâ€™t have enough (it really pissed me off).â€ Morrison originally planned to paint the room, but after reading the note, she really wanted to test his math. She even posted the note on Facebook and a relative of the original author reached out and said the note gave other family members a big laugh.

We hope you enjoyed reading through some of these interesting moving stories. If you have any questions about moving to El Dorado Hills, feel free to contact us here. Youâ€™re also eligible to receive a free, in-home moving estimate by heading to our website. We would be happy to get your move scheduled as soon as possible.

Experience the local difference, and join thousands of families across the Sacramento area who've had the best move ever with Auburn Moving & Storage.

Get Your Free, In-Home Moving Estimate 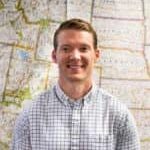